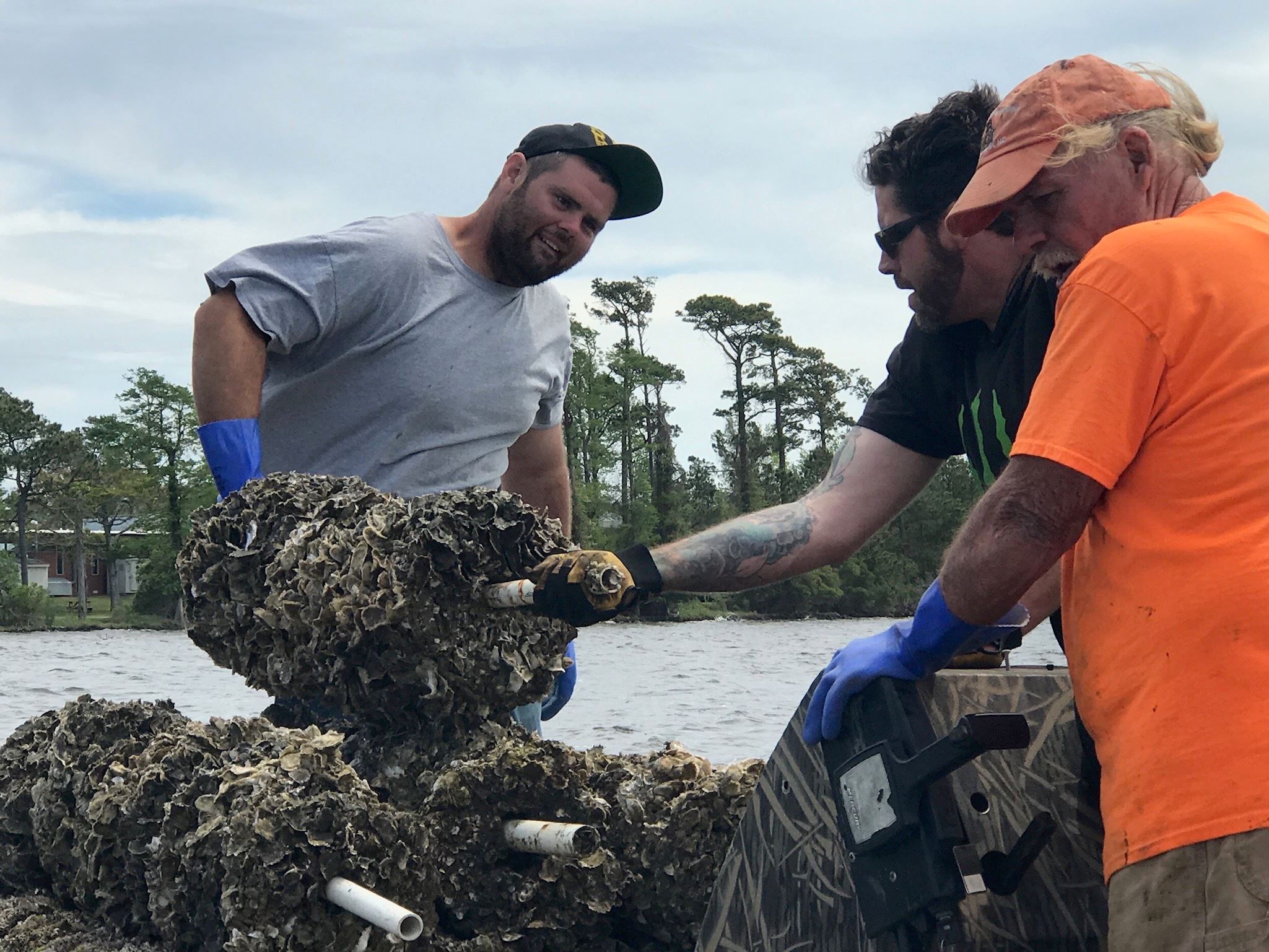 Volunteers for the Oyster Highway Project on the New River finished their work building 6 oyster reefs along the waters edge on the New River in spring of 2019.  Boats from local businesses volunteering to help brought the live oysters to the ref sites where others worked to place and build the reef structure.  In Spring of 2020, more reef building is planned. 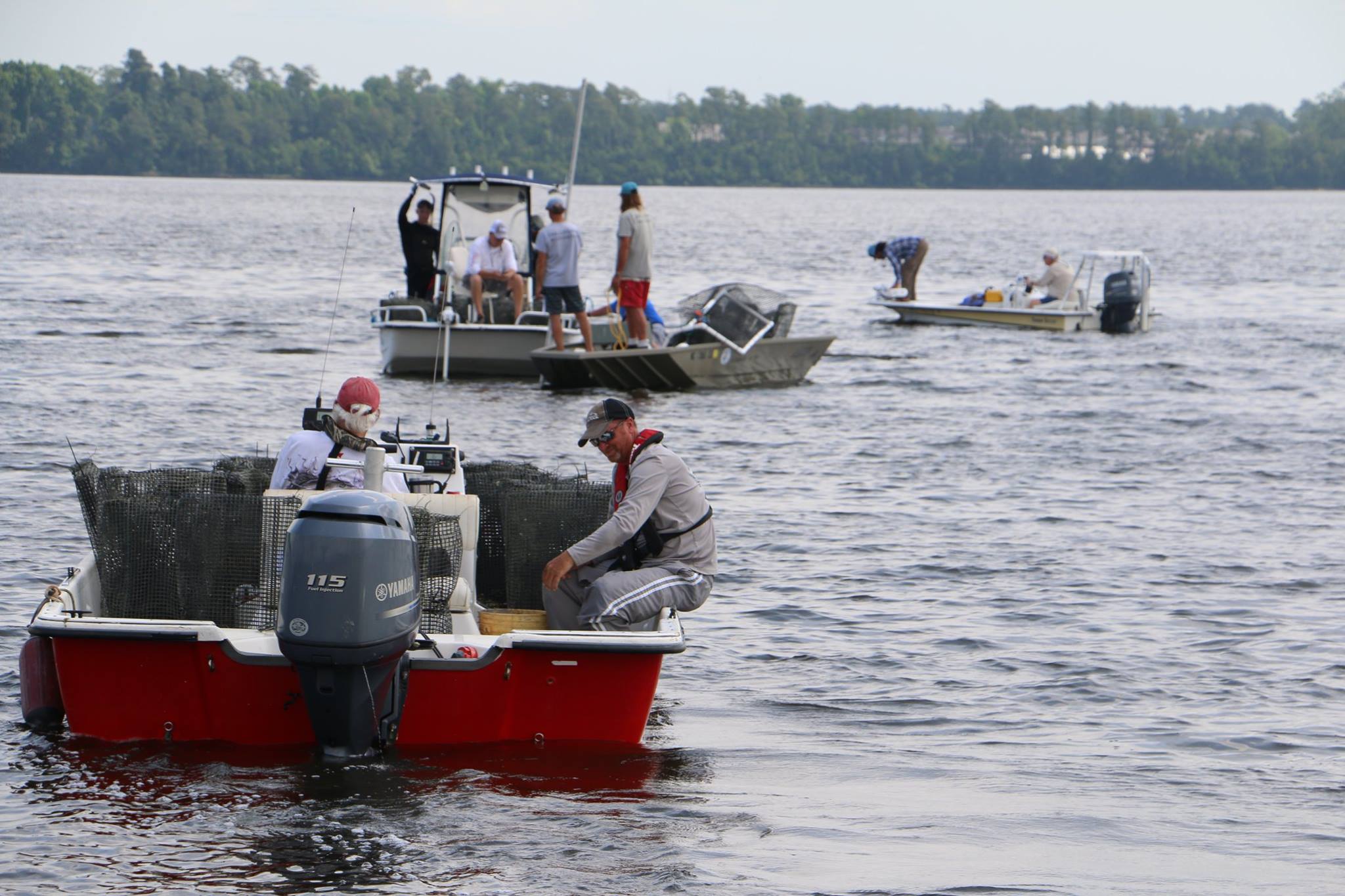 City of Jacksonville Stormwater Manager Pat Donovan-Brandenburg along with members of the Coastal Conservation Association of North Carolina, local commercial fisherman and other volunteers pitched in on this effort to sustain a healthy ecosystem on the river and attract new marine life for recreational and other fishing. This waterway project is funded by private donations and grants from Duke Energy Water Resources Fund #WaterResourcesFund and the Clean Water Management Trust Fund.

Reef building was completed the end of April 2019 and several visits to the reef sites throughout the year are showing plentiful signs of Oyster Spat on the reefs. Oyster spat, or baby oysters mean new life is emerging on the reef. This is attracting more marine life such as fish for recreational fishermen catch. The reefs also create structure along the river bed, providing a new home for a larger variety of marine life.  Map of the Oyster Reef locations (available soon)

In 1995, the New River was so degraded that a massive hog waste spill did not have significantly negative effects because the river was so organically dead. Jacksonville City officials, scientists and volunteers led efforts to restore the New River with the introduction of water-filtering oysters, aeration, restored wetlands and stormwater mitigation efforts.

“The result, advanced with partnerships and wastewater removal efforts, has been a success,” said Sturgeon City Development & Operations Director Paula Farnell. “Where before fishermen avoided the upper New River, now there are fishing guides who profit from sharing their local knowledge with others.”  Efforts in cleaning up local waterways have attracted recreational fishing, kayakers, swimmers and others to the area. Check out these stories to learn more: