By action of the State Legislature, some municipal elections across North Carolina have now been scheduled for March 8, 2022. Due to the COVID-19 pandemic the 2020 Census data needed for cities to complete the required redistricting is delayed.

Municipal elections were scheduled for November 2, 2021 but under the new NC law the City of Jacksonville, and many other municipalities, will hold City Council elections on March 8, 2022. This law only changes the date for the 2021 elections and will not affect any future elections.

The candidate filing period for the affected Cities will now be December 6-17, 2021. Cities have until November 17, 2021 to complete their redistricting and notify the appropriate board of elections.

If necessary, cities may request a one-month extension to December 17, 2021. This will move the candidate filing period to January 3-7, 2022 but the election date will remain as March 8, 2022. 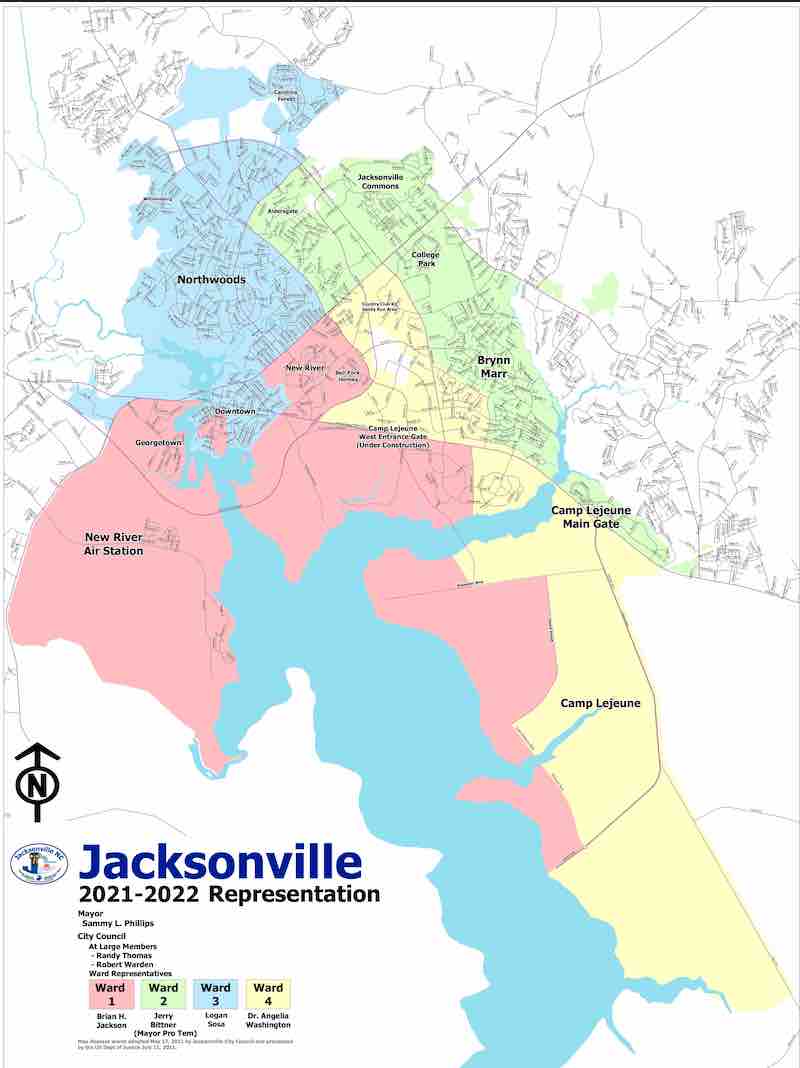 When the wards were adjusted after the 2000 census, each was nearly equal in population. The 2010 census numbers revealed that people moved, the city expanded and the Ward boundaries needed to be redrawn accordingly. Although the 2020 Census numbers have not been released yet, it is safe to assume that there will be a need to adjust the Ward boundaries once again due to population growth.

Federal case law and state law requires the City to review the population of each district after each census. A key test is the 10 percent rule, which holds if the most populous and least populous ward are together more than 10 percent from the ideal ward, then you must redistrict. A quick look at Jacksonville’s wards determined that each ward was more than 10% from the ideal ward of 17,536.

Jacksonville has benefited from having two special minority-majority wards, Wards 1 & 4, which help to leverage minority votes to help provide representation on the City Council. 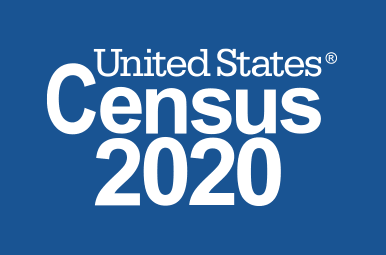 Everyone counts and this holds true for the 2020 US Census count. The wards are configured for the ideal population of the City; young, old, voters, non-voters, minorities, and everyone. Some wards may have more turnout than others and some may have greater participation in elections. However, the “one person, one vote” clause of the Constitution requires the City to configure the wards to be as equal as possible counting the total population.

The Jacksonville City Council is forming a Citizen committee to recommend new ward boundaries based on 2020 Census data. Each Councilmember will appoint a representative to the committee. The committee will also have some participation by City staff in order to use powerful mapping software and data analysis tools to determine options for the committee to consider.