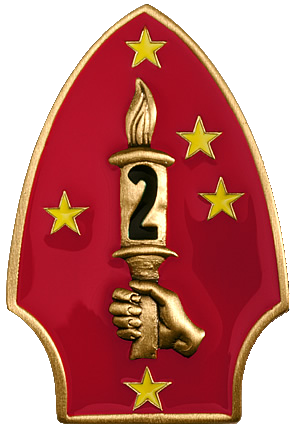 5,000 Marines & Sailors to March for Anniversary

In celebration of the 75th Anniversary of the 2d Marine Division and in honor of the Marines and Sailors who have served in this historic and storied unit, a 5,000-member parade and community celebration is scheduled for Saturday, February 6, 10AM in downtown Jacksonville. This is believed to be largest ever military march in Jacksonville.

Following the parade, the renowned 2d Marine Division Band will perform an evening concert at 6 PM at Northside High School. The concert, a ‘thank you’ to the community in honor of the anniversary, is free of charge, open to the public. The weekend also features a celebration of the 75th anniversary of service by USO and an open house is set for Noon-3PM at the site of the longest, continually operating USO in the world, which turns 75, April 23, 2016.

The parade, beginning at 10AM, includes more than 5,000 Marines and is believed to be the largest in the history of Jacksonville. The event officially begins at the Freedom Fountain and proceeds along New Bridge Street to Railroad Street. The parade participants will be welcomed at the Riverwalk Crossing Park, where the public is invited to participate in a community celebration until 3 PM. Members of the Second Marine Division Association will also be present for their annual gathering.

Signs and banners to cheer on the Marines and Sailors are welcome. Everyone is encouraged to post photos with the signs or their attendance at the parade and community celebration to Facebook and other social media to preserve this moment. The hashtags #2dMD75 and #Followmeto75 have been assigned to the events. 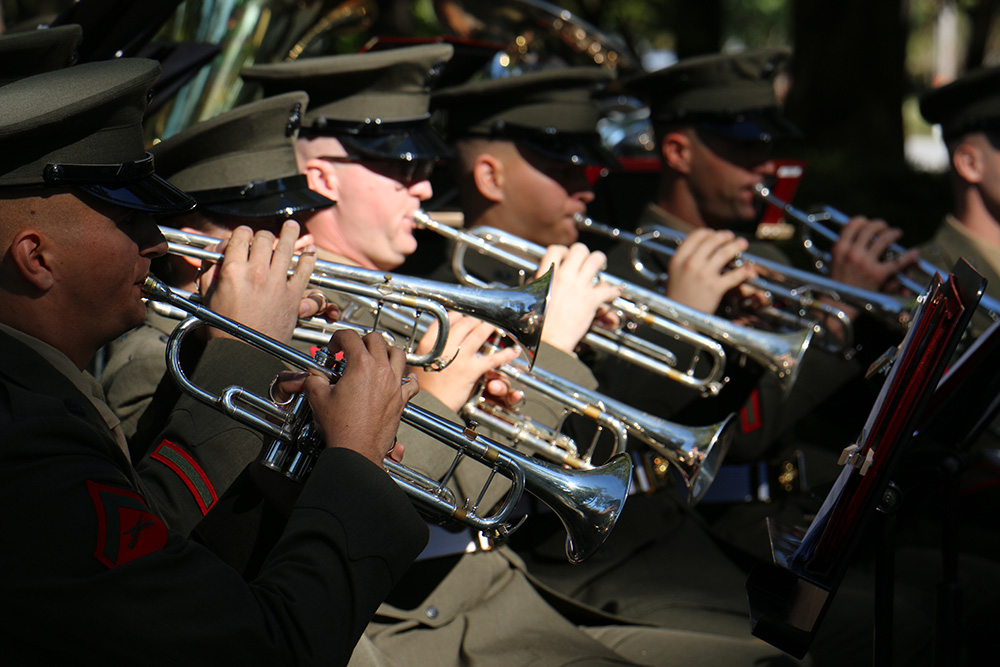 Marines and Sailors marching in the parade will receive a meal from the community. The public can enjoy food trucks, beverage vendors and are encouraged to view the equipment displays from 2d Marine Division including an Abrams M1A1 tank. Marines will be alongside the displays to answer questions about the equipment. The commanding general, Major General Brian D. Beaudreault, requests the community celebrate with the Marines and Sailors while recognizing this special anniversary and the ties our community shares with the unit.

(Select the map for full view of parade route.)

The official reviewing stand will be located in front of City Hall where the unit history will be announced as they pass. Bleachers will also be at City Hall. Additionally, bleachers will be located at the field near Warlick and New Bridge Streets. Onslow County and the Onslow Board of Education, will make available a hospitality area with bleachers at New Bridge Middle School. Veterans from all conflicts and branches and their families will be welcomed there. There will be many other places along the route to see the parade and organizers hope for a fully-lined parade route. 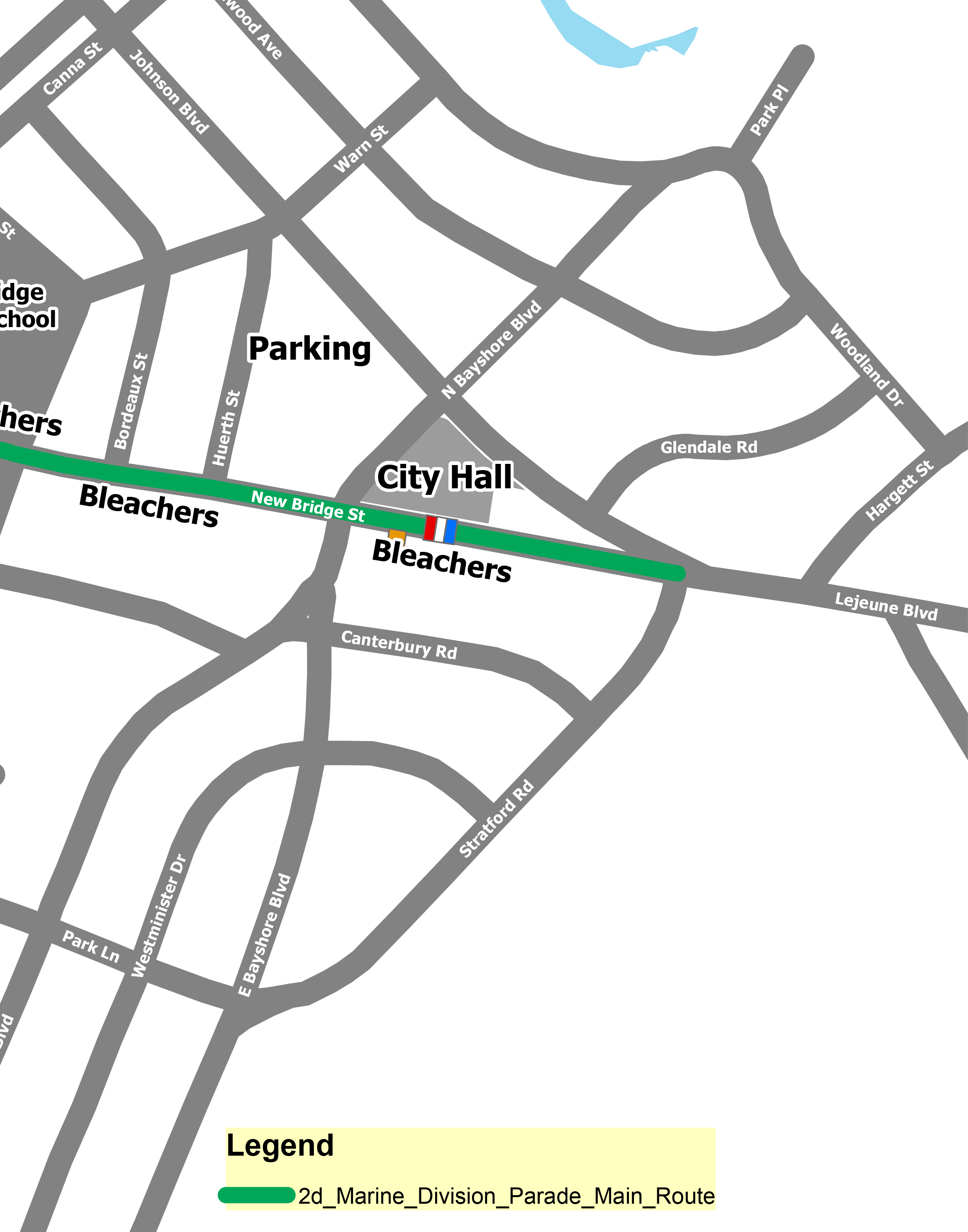 Streets in the area of the Parade and Riverwalk Crossing & LP Willingham parks and Kerr Street Recreation area will close early Saturday to allow for the placement of event related items and security checks. Business interests in the area should contact Jacksonville Police Community Services at 910 455-4000 if they have not been contacted already about security and operational matters.

Buses from three remote park-and-ride lots will shuttle visitors to the downtown and back to the lots after the parade. Parking will be provided at New River Shopping Center, the American Legion Fairgrounds and at Jacksonville Commons. Jacksonville Transit will coordinate the shuttles, which begin service early Saturday morning. 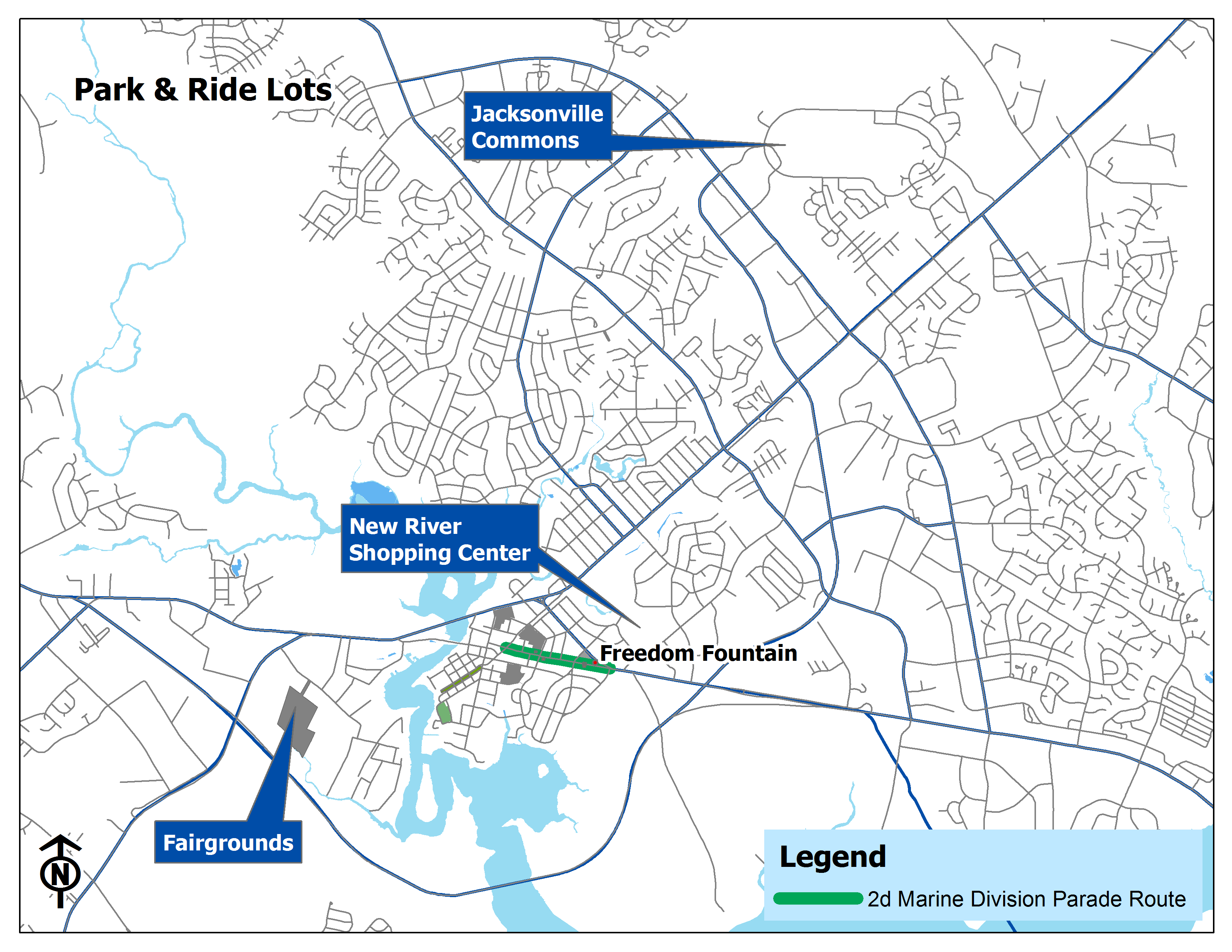 More information, including maps, is available on the Onslow County Government, and 2d Marine Division websites.