The Jacksonville Department of Public Safety, in partnership with local substance abuse and mental health agencies, held workshops addressing the opioid crisis in our community. Educational resources presented at these workshops are included on this web page for those affected by opioids, their families, First Responders and prescribers.

“Our community is losing people of all ages to the opioid crisis every day. Education, prevention and intervention is imperative in our battle against heroin and opioid addiction in our community.” - Chief Mike Yaniero, Director of Public Safety

Opiate overdose continues to be a major public health problem in the United States. It has contributed significantly illicit and prescription opioids. In fact, U.S. overdose deaths involv­ing prescription opioid analgesics increased to about 17,000 deaths a year in 2010, almost double the number in 2001. This increase coincided with a nearly fourfold increase in the use of prescribed opioids for the treatment of pain.

Opioids include illegal drugs such as heroin, as well as prescription medications used to treat pain such as morphine, codeine, methadone, oxycodone, hydrocodone, fentanyl, hydromorphone, and buprenorphine. Opioids work by binding to specific receptors in the brain, spinal cord and gastrointestinal tract and minimize the body's perception of pain. (source - SAMHSA) 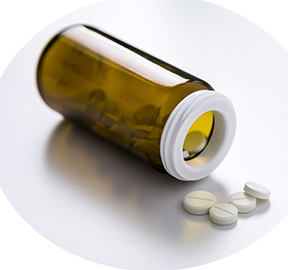