Jacksonville's history begins with the end of the Tuscarora war in 1713. In the 1770s  trade along the river began at a place called Wantland Ferry by Wantland Spring along the New River. Wantland Spring can still be seen today and is located in downtown Jacksonville by Old Bridge and Anne Streets next to the historic Pelletier House.  In 1785 the area was was renamed Onslow Courthouse, and in 1842 the town of Jacksonville was authorized and in 1849 was laid out. More history notes about Jacksonville, NC 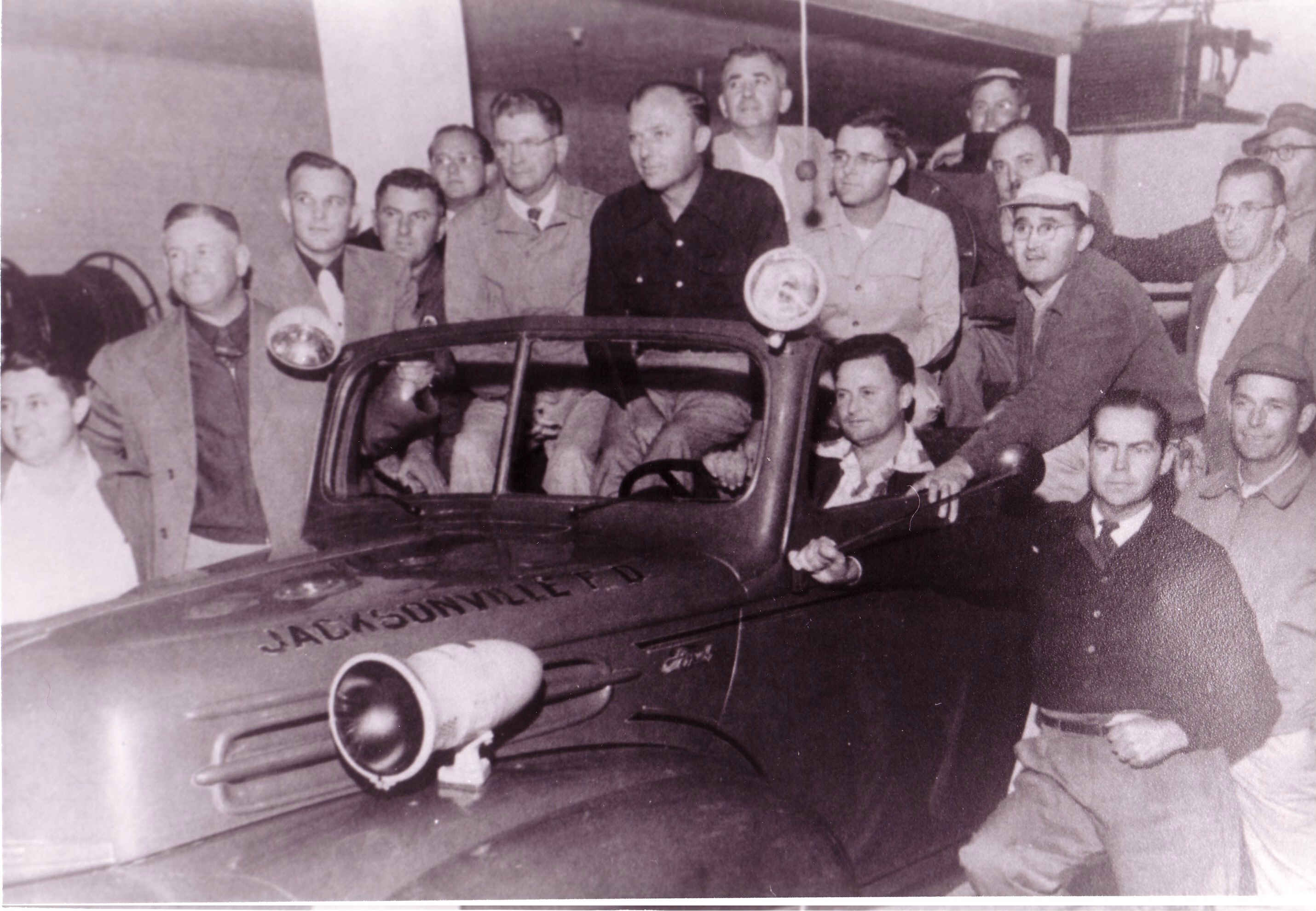 In 1906 the town's train depot burned, destroying many town records, including those for Jacksonville's Volunteer Fire. It was this event that motivated the town to improve its fire prevention efforts. The town installed plumbing for hydrants, water mains, and wells to support them. The Council worked for the next few years to obtain funding and purchased a #38 Howe hand pumper, which some say was pulled by ox or mule as needed.

In 1913 Mr. T W Brock was appointed the Chief of the Fire Department, with an annual salary of $12. Fire prevention improved and in the 1920s a more organized fire service system. In 1921 two fire companies "Phoenix" and "Atlantic" were formed. During this time it is believed that a station wagon was used as a hose carrier after it had the roof removed. The 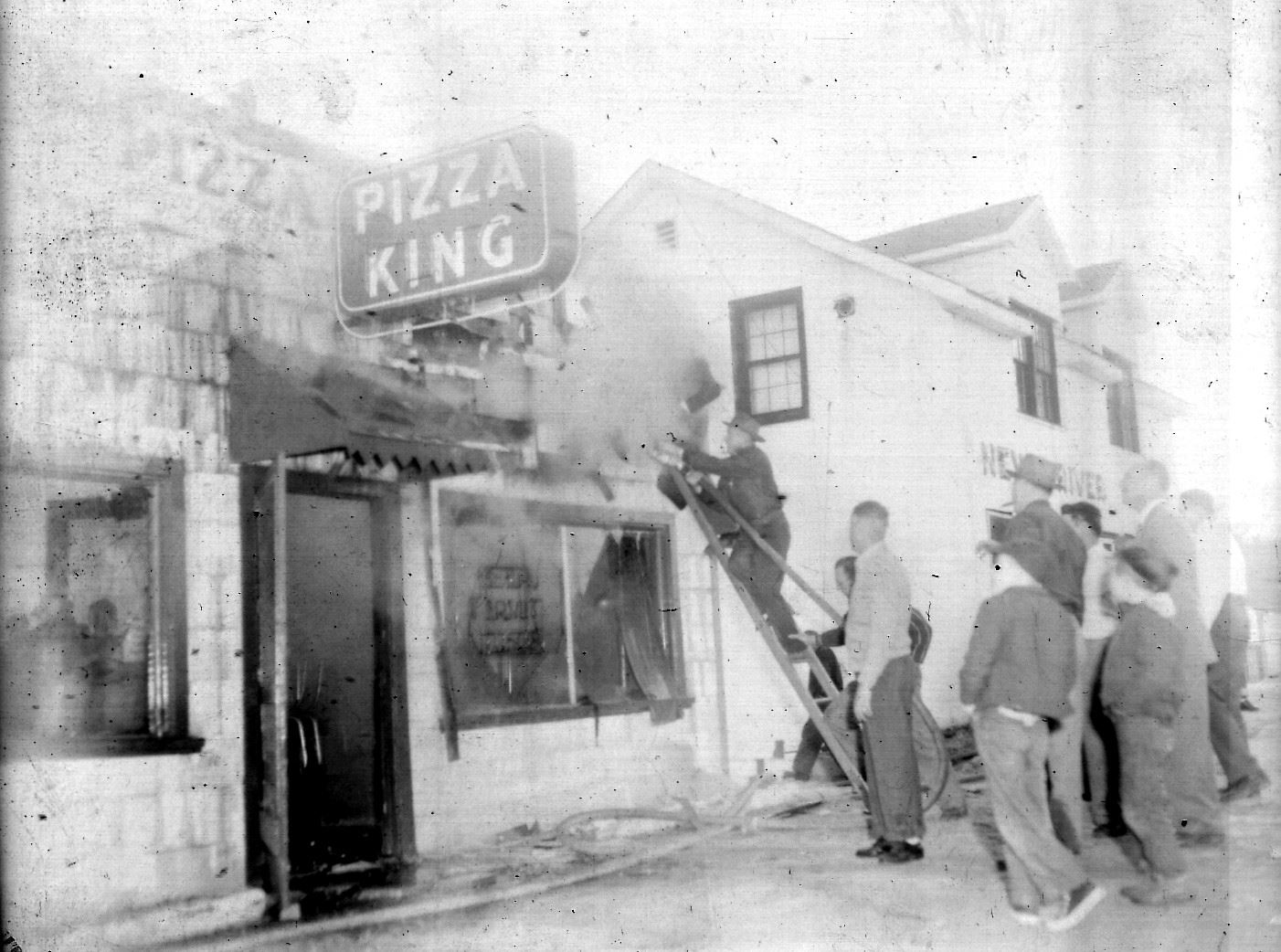 Jacksonville Volunteer Department was formed in 1927 and provided a firehouse located on Mill Street.

In 1956-57 the fire department moved into a new building on Mildred Street and in 1975 added to the building. This building was used for City Hall, Fire station 1, and the Police Department. The Fire Department added paid firefighters 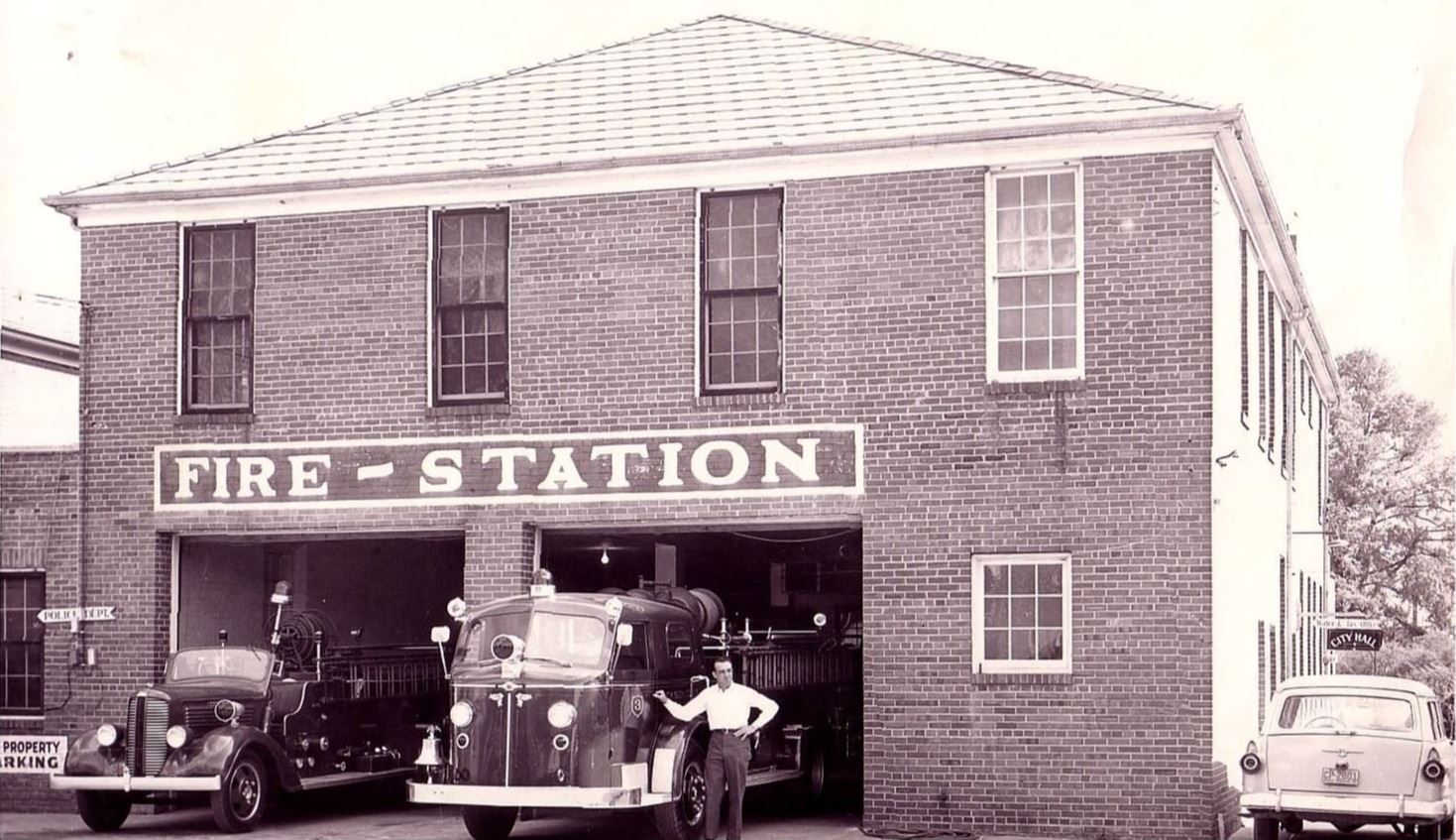 in the late 1950s with Chief Keith Phillippe reporting in as the first full-time Fire Chief.

As the town grew into a City the Fire Department expanded with it. Station 2 was added in the 1960s on Barn Street, Station 3 in the 1980s on Huff Drive, and Station 4 added in 1999. Temporary Station 5 was added in 2010 in Williamsburg Plantation.

In 2005, City Hall moved to its current location, 815 New Bridge Street. In 2014 Fire Administration, Station 1, and the Police Department moved to the Center for Public Safety, located at 200 Marine Boulevard. Station 2 and t 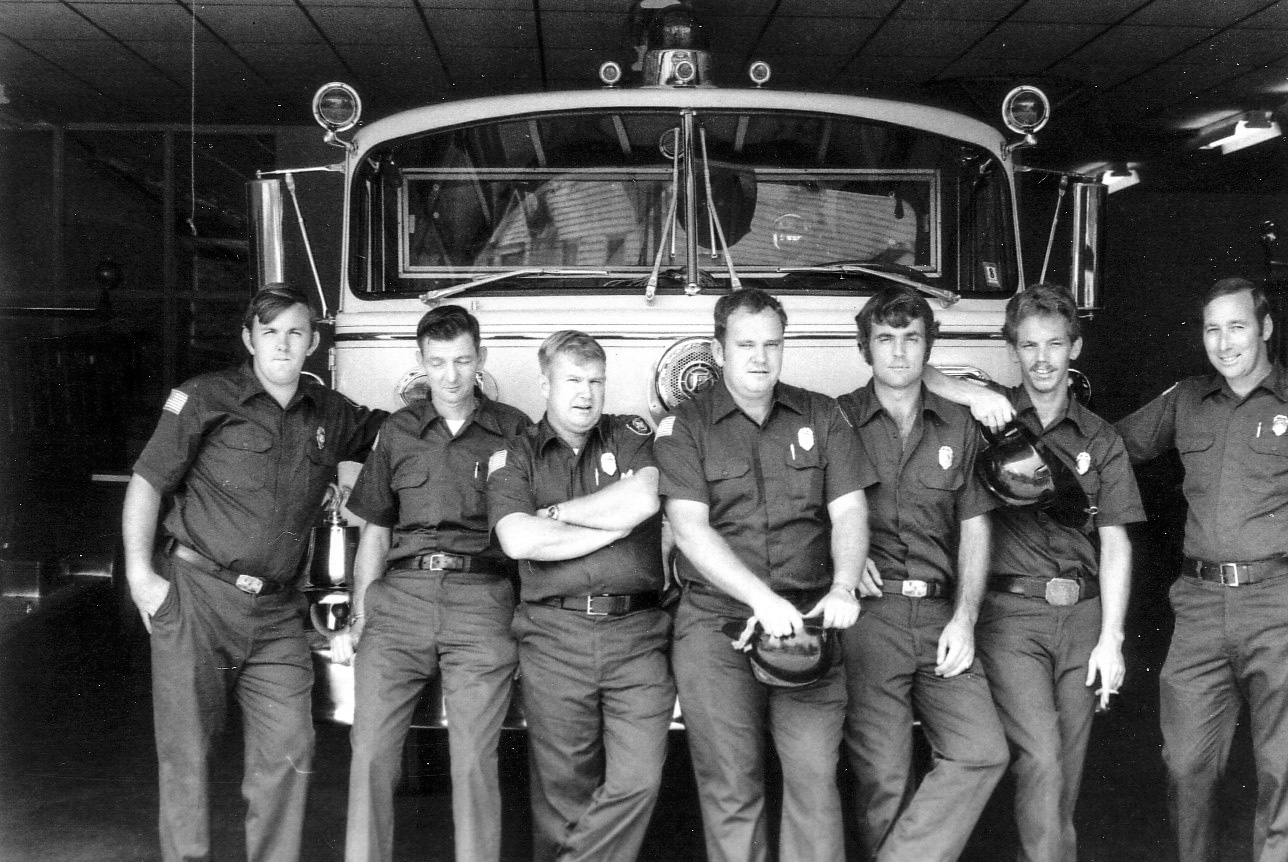 he temporary Station 5 combined in 2015 and moved to the new Station 2, located at 1800 Gum Branch Road.

The Department started its First Responders Program in 1996. In 2013, the Department consisted of 86 career firefighters and staff, 3 part-time employees, 5 Volunteer firefighters, 6 Engines, 1 Ladder truck, 1 Rescue Truck, 3 Squads, along with other support and special vehicles and trailers.

In 2017, Jacksonville Fire & Emergency Services continued with its Class 3 ISO rating and applied to be recognized for its fourth accreditation. At that time, there were 84 career firefighters and staff, 1 part-time employee, 5 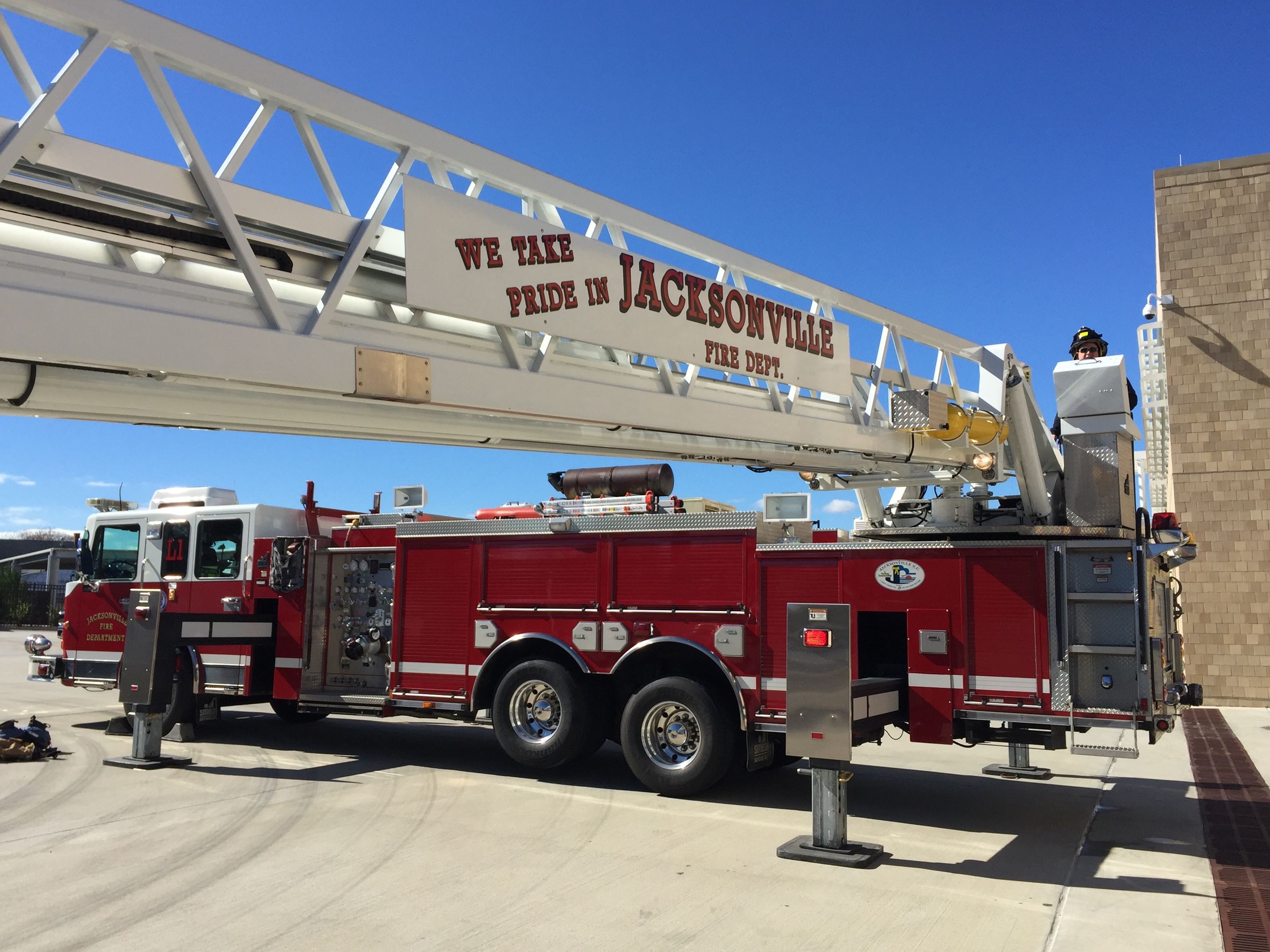 In 2018, Jacksonville Fire & Emergency Services became an accredited agency for the fourth time.

In 2021, Jacksonville Fire & Emergency Services continues to work hard to improve and provide services for Citizens and visitors of the City of Jacksonville. As of 2021, the department consists 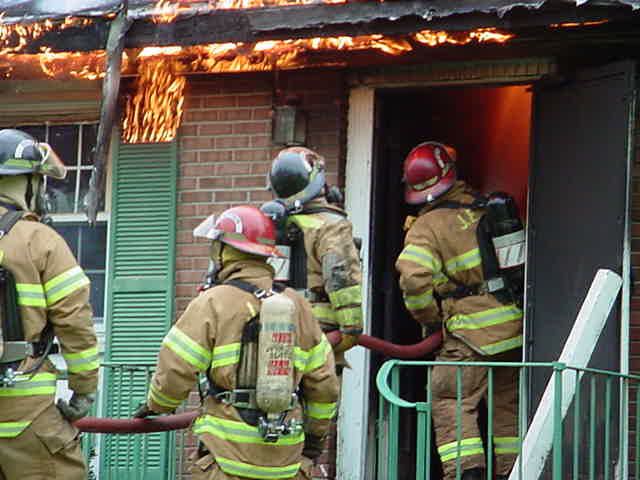