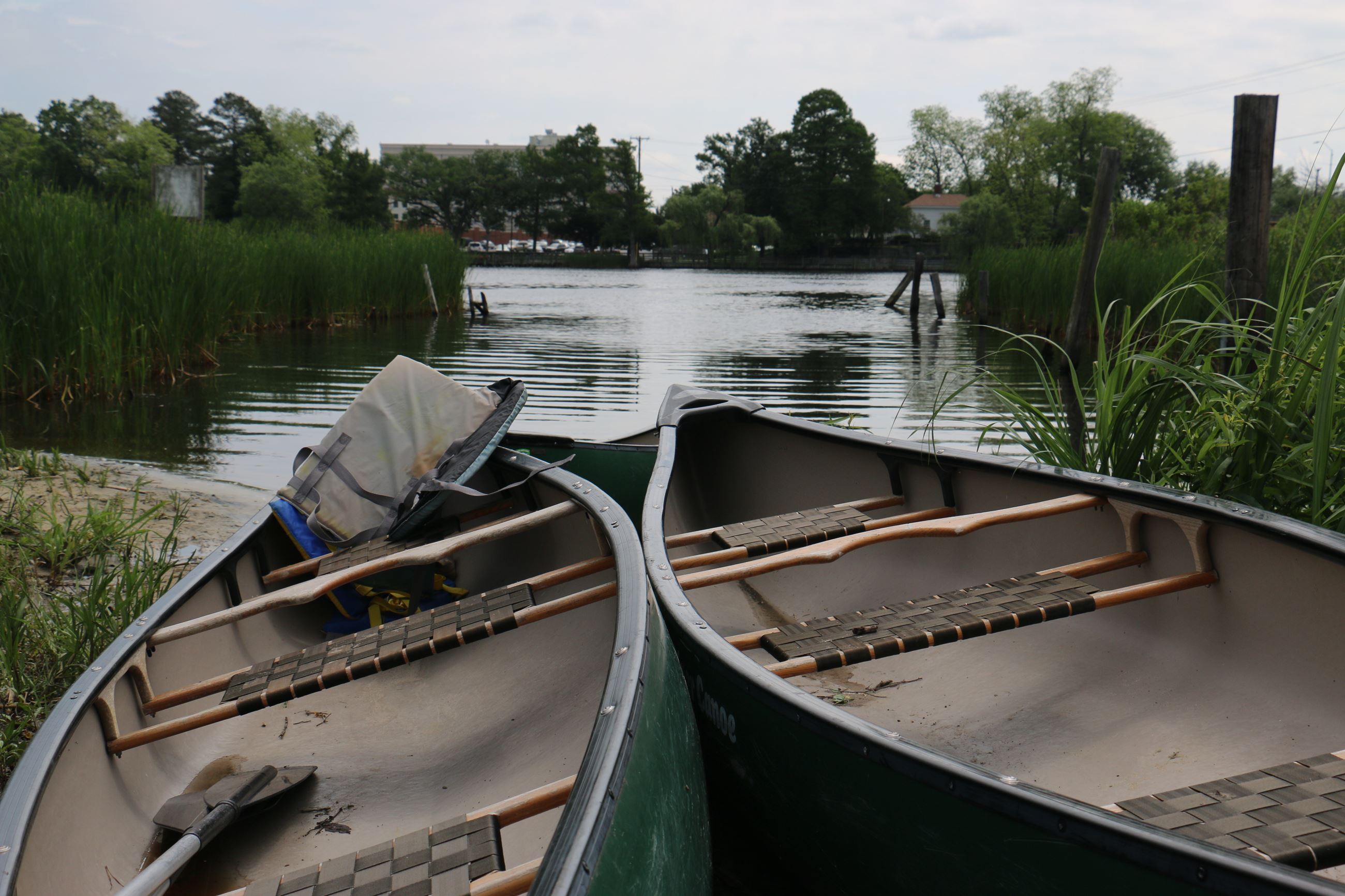 Located “between the bridges,” in downtown Jacksonville, the landing hosts three boat ramps, two docks, a canoe and kayak launch, boardwalk, public restrooms, as well as green space. Jacksonville Landing is free and open to the public.

Please help keep Jacksonville Clean & Green. Leave public places clean for others. Clean up after yourself, do not leave food waste, trash, fish parts, or fishing items like lines, hooks and lures that can pollute or cause harm to others. Throw items in the trash or take them with you after you have enjoyed your time here.

There are many parking spaces for vehicles and boat trailers and visitors to the site. The site is designed to significantly improve recreational fishing access, provide for recreation, and greatly improve the visual appearance of the gateway to downtown Jacksonville. There is parking for 69 vehicles with trailers and 60 passenger vehicles. 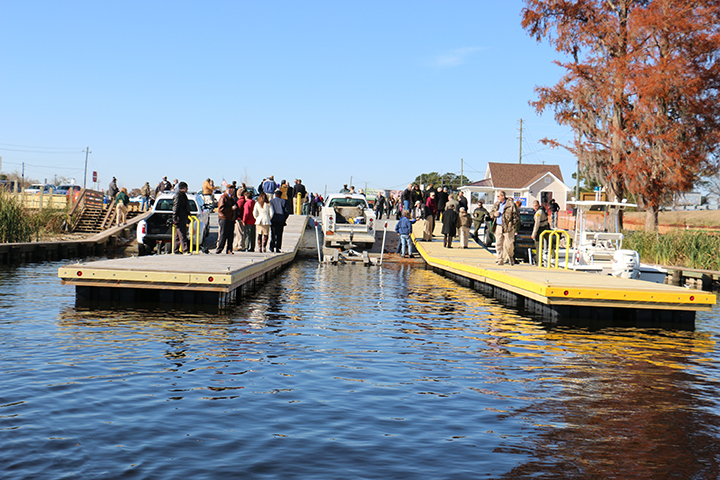 A ceremony held November 20, 2014 officially opened the launch area of Jacksonville Landing on South marine Blvd next to the Buddy Phillips Bridge in the City's downtown area. Mayor Sammy Phillips, Onslow Board of Commissioner Chairman Paul Buchanan and Erik Christopherson from NC Division of Wildlife Resources Commission spoke at the event. This event also marked the last launch at the old boat launch across the River by the USO in downtown Jacksonville.

North Carolina Wildlife Resources Commission built Jacksonville Landing and it is the largest and nicest public water access in eastern North Carolina. Much of the land was purchased by the City of Jacksonville and Onslow County in a partnership to create an amenity that will benefit those in the community and attract others to the area who wish to enjoy the New River.