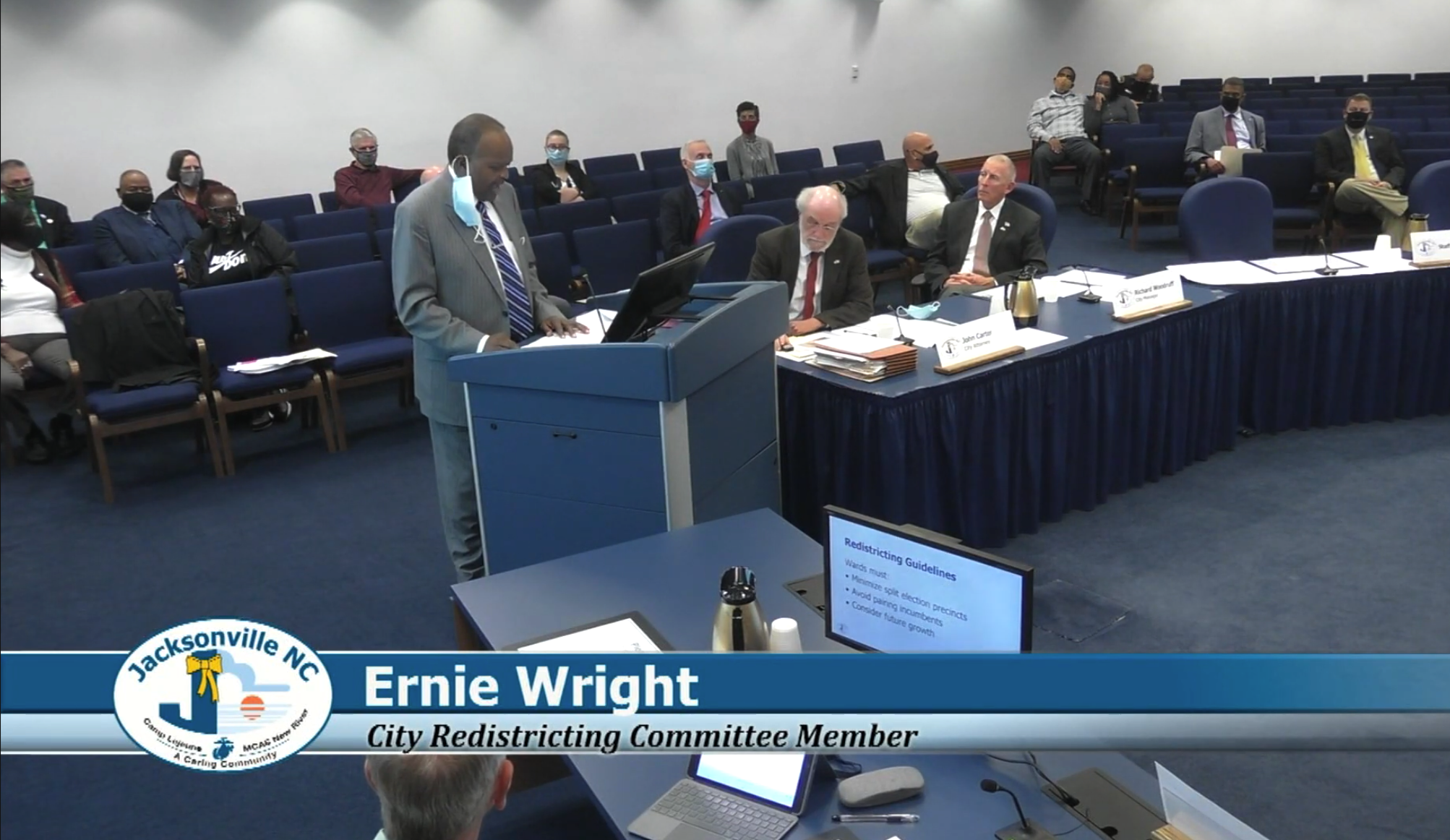 Deadlines for redistricting relies on the federal release of the US Census numbers. Due to the COVID-19 pandemic the 2020 Census data needed for cities to complete the required redistricting was delayed. 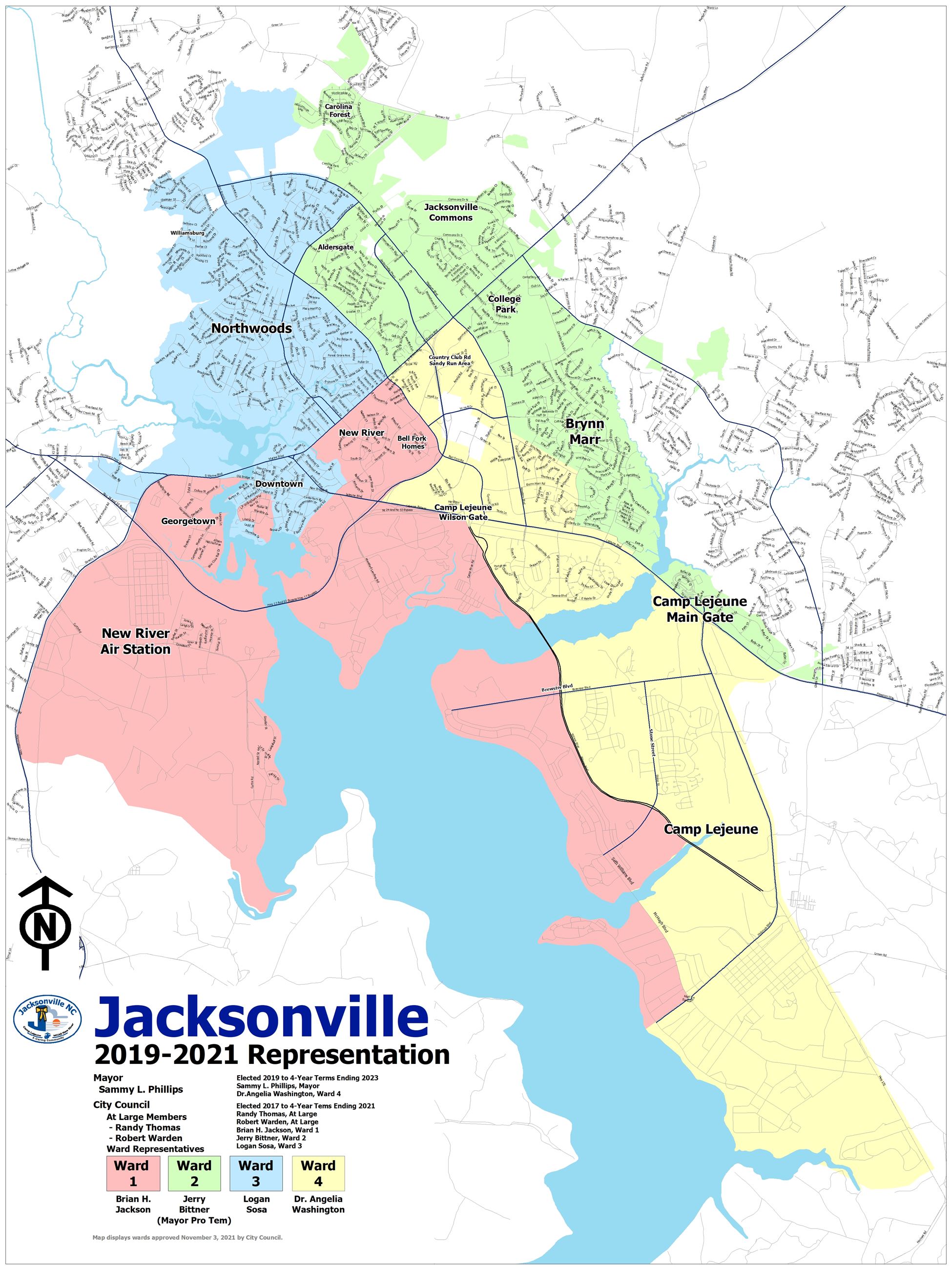 By action of the State Legislature, elections across North Carolina in municipalities utilizing voting wards, including the City of Jacksonville, originally scheduled for November 2, 2021, were rescheduled for March 8, 2022. This law only changes the date for the 2021 elections and will not affect any future elections.

Cities have until November 17, 2021 to complete their redistricting maps and notify the appropriate board of elections and the act by City Council on November 3, 2021 to adopt the options provided by the Redistricting Advisory Committee enables Jacksonville to meet that deadline.

With the November 17 deadline met by the City, the Board of elections will be able to provide an 11 day period, December 6-17, for candidates to file for the March 8, 2022 election.

The  2021 Voting Ward Map adopted by City Council is shown to the right (click for larger view.) Recommendations from the Redistricting Advisory Committee, adopted by Jacksonville City Council, are provided below : 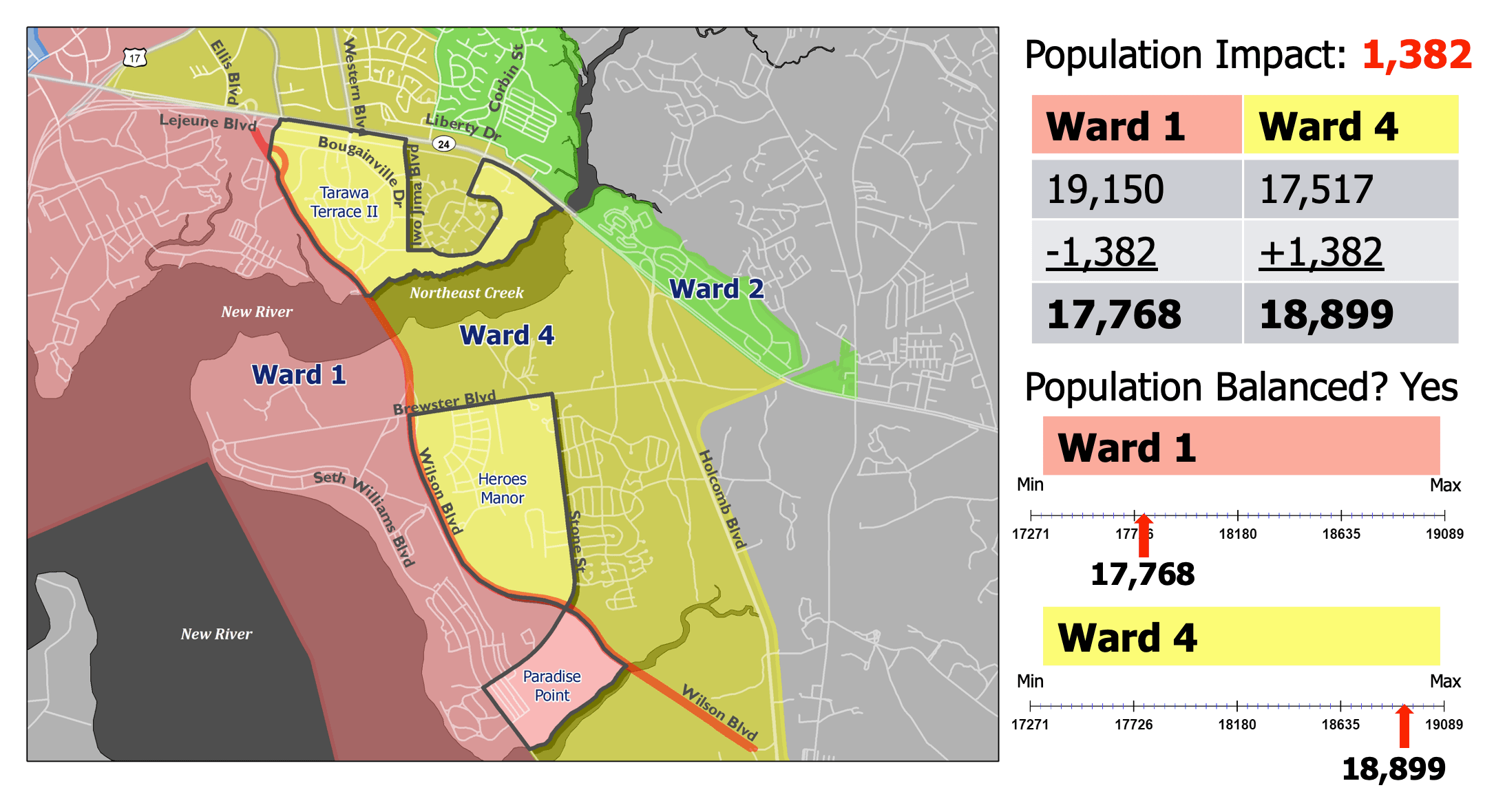 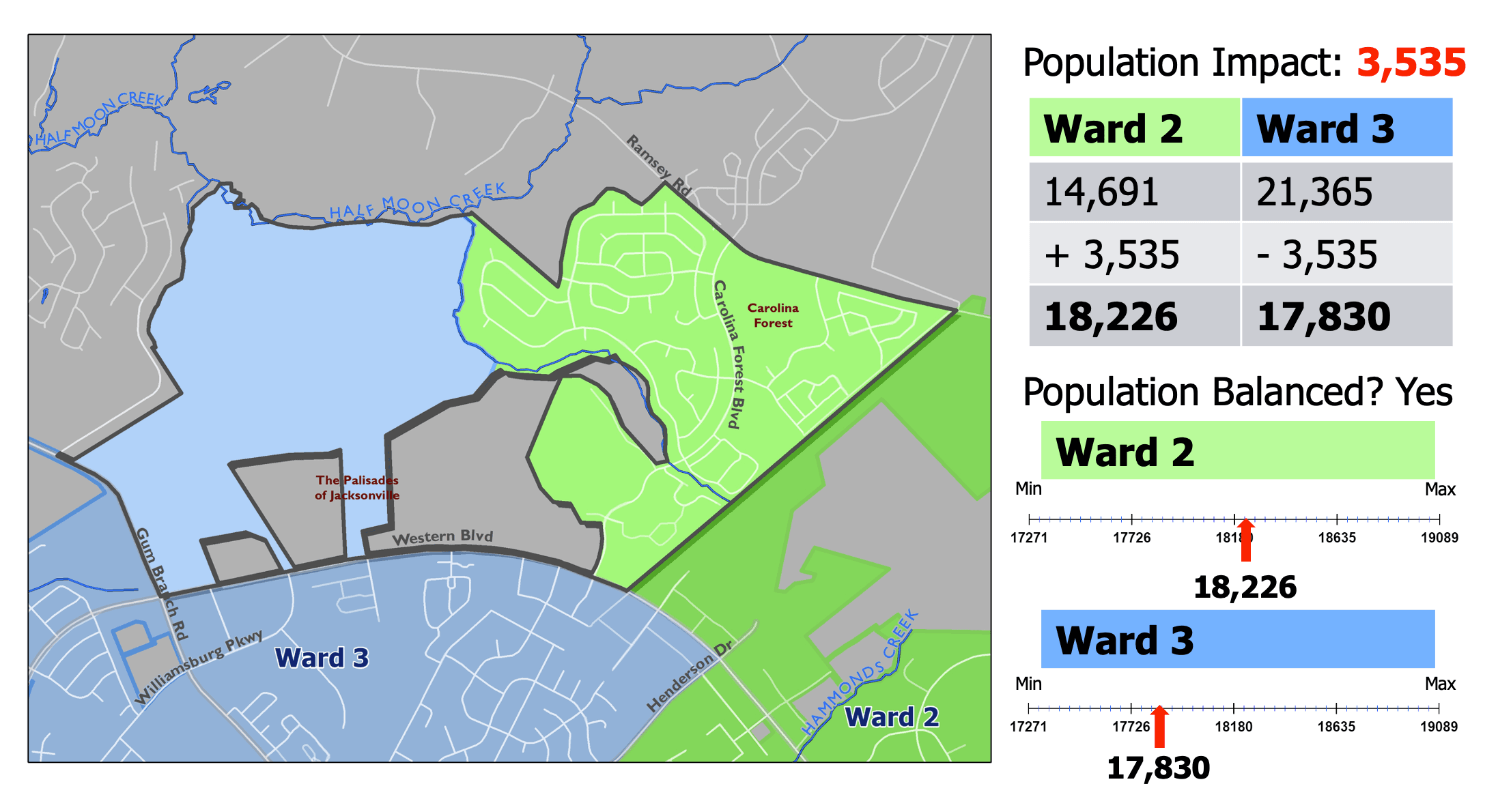 At the City council meeting of August 17, the Mayor and  Council appointed a 7 member Citizen advisory committee to work with City staff in redrawing the ward boundaries for the City’s 4 wards. This work utilized the 2020 Census data and by state law must be completed by November.  The City's current ward map was drawn as a result of the 2010 Census data, and criteria by federal mandate.

Scope of Work by the Redistricting Advisory Committee

The committee held work sessions from August – October with the goal of submitting the draft boundaries to the Mayor and Council for adoption in November. They worked with 2020 Census data, consider geographical boundaries and population data in drafting the ward boundary options  for each of the City’s 4 wards.  Standards for the redistricting process require that each ward has a standard population within 5%+ or 5%-  of all other wards.

The committee also sought Citizen input on the options for each ward before making a final recommendation to City Council.

By action of the State Legislature, the City of Jacksonville and other cites with a ward system will have their November 2021 elections moved to March 8, 2022. This law only changes the date for the 2021 elections and will not affect any future elections.

The candidate filing period for the affected Cities will now be December 6-17, 2021. Cities have until November 17, 2021 to complete their redistricting and notify the appropriate board of elections. If necessary, cities may request a one-month extension to December 17, 2021. This will move the candidate filing period to January 3-7, 2022 but the election date will remain as March 8, 2022. 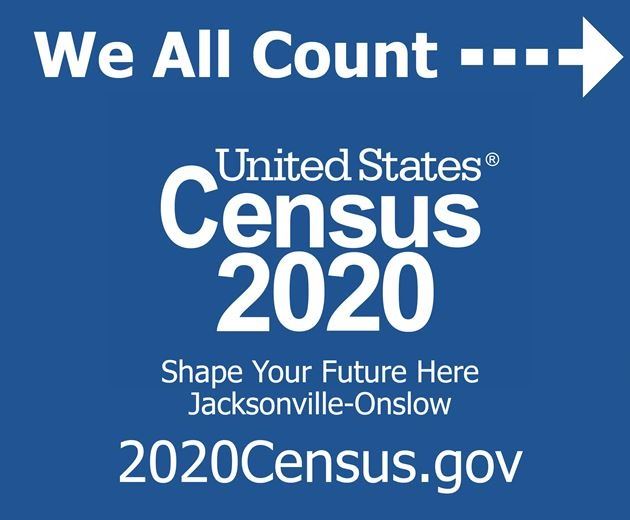 Who Counts in the Census?

Everyone counts and this holds true for the 2020 US Census count. The wards are configured for the ideal population of the City; young, old, voters, non-voters, minorities, and everyone. Some wards may have more turnout than others and some may have greater participation in elections. However, the “one person, one vote” clause of the Constitution requires the City to configure the wards to be as equal as possible counting the total population. Current Census data is available Census.gov